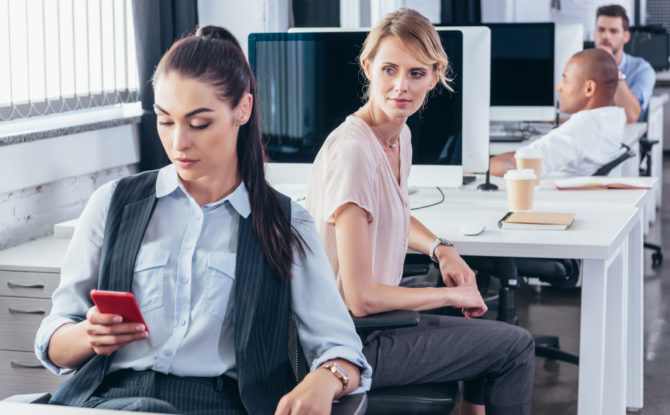 How to Protect Yourself from an Emotional Bully

Most adult conflict happens when two people hold different (but at least somewhat valid) opinions, and they butt heads. But SOME people weren’t taught healthy conflict skills, and some of THOSE people end up just plain mean.

If you have an emotionally bully in your life who won’t leave you alone, there’s a 3-step process for handling yourself and dealing with them in a healthy, productive way.

Most people dealing with an emotional bully will have the instinct to put space between themselves and the bully. Follow that instinct! The more physical distance you can have, the better it is for your mental health. When I was in my mid-20s, I had a good friend who used to get upset every time something good happened for me. If I got a new job, she complained I didn’t have enough time for her. If I got some recognition for work or my volunteering, she would make some undercutting remark. I don’t even think she realized she was doing it! But every good thing that happened in my life made her uncomfortable, and she’d start to beat me up for it.

There are two problems with this first step, though. The first problem? Most people stop there. They think physical distance will solve the problem, but usually an emotional bully isn’t deterred by a little space. Which brings up the second problem: that you can’t always put enough physical space between you and someone trying to get under your skin. Especially if the bully is a colleague, for example, you can’t just quit your job and run far away. So that’s when you deploy the second step…

Getting emotionally detached is a tough one for me. I have what my family calls a “justice bone,” this innate piece of me that wants people to REALIZE when they’re being unkind, admit it, and knock it off. But with true emotional bullies, that’s a pipe dream. They may NEVER clue in, and you’ll be waiting a long time. (Spoiler alert: I’ll probably be waiting right there next to you on the bench!)

What I learned when I worked with a very scary bully (see this blog post here for a little more background) is that the best thing I could do when I HAD to interact with him was to be as unfazed as possible. No matter what ridiculous thing he suggested to make my job harder, I would nod and say “Mmmm… interesting thought.” If he’d say something vaguely threatening, I’d reply “Fascinating.” If he said something insulting: “What a strange thing to say.” The less I replied, the more he turned his focus to someone who would give him a more emotionally charged response. It’s just like my mom taught me when I was fighting with my brother as kids: “if you give him a reaction, he’s just going to keep going.”

Practicing emotional detachment works in two ways – it hopefully makes the bully back off because he’s not getting the payoff he wants, plus it keeps you from being quite as frustrated, because you allow yourself to be less invested in “fixing” the bully.

No matter how good you are at emotional detachment in the moment, you’re still going to have some feelings come up. And you’re for SURE going to need to deal with those feelings. It’s important to find someone who is NOT a part of the environment where the bully is, to be your sounding board. Depending on how severe the situation is, I highly recommend going for at least a few sessions with a professional. The strategies I’ve learned for how to manage MYSELF (and the other person) in these situations have been incredibly valuable.

Whether a friend, family member, or a professional, find someone whose advice-giving style aligns with what you’re looking for. If you just want some sympathy, don’t turn to a well-known problem-solver. You’ll both be frustrated. Before you start the conversation, lay out clearly what you’re looking for (just to vent, advice, someone to be in your corner, etc.). Dealing with an emotional bully can feel lonely, so getting someone on your team is a critical part of the coping process.

Even as adults, we may still run into bullies sometimes. I like this Inc. article’s list of the 5 types of adult bullies. Dealing with an emotional bully is draining, so take these three steps to protect yourself mentally, so you’ll have the energy you need to keep focusing on what YOU need to get done.