Everything is changing. Success isn’t a given.

What are you going to do next?

I help organizations adapt to change and crisis when the stakes are high. I’ve done the research – and I’ve lived it! I know that resilience and adaptive thinking is possible… and I know how to get it done.

“Courtney had every person in the room captivated by her every word. It is sometimes hard to find a speaker that fits the needs of the majority of our members, but Courtney’s message applies to all age groups, men and women. She was a delight to work with in the months leading up to our event and of course was very professional in every way at the event. We will invite Courtney back to speak to us again in the future.” 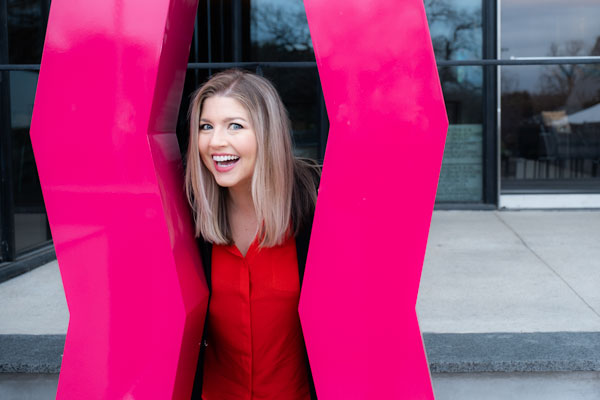 But five years later, doctors told me that a routine scan of my brain showed an aneurysm that was about to rupture.

Now, after four fights with cancer, three brain surgeries, adopting a teenager, and years of research into how we “bounce back” when things collapse, I’ve reached ninja-level skills of adapting.

And I don’t want to keep those skills all to myself!

The discomfort of change can shake an organization’s culture. But I can help you and your team face change with a new set of skills and ReVisionary Thinking™. You’ll learn systems for adapting that are practical, inspiring, and grounded in research.

And whether in-person, virtual, or hybrid, I won’t just be talking AT your meeting attendees: I’ll build interactivity designed to produce aha! moments and transform behaviors. Girl Scout’s honor! 😉

If your event needs a motivational speaker and a boost in resilience, contact me below so I can create a customized presentation to help your group adapt faster and achieve more. I look forward to working with you to deliver an unbelievable experience to your group!