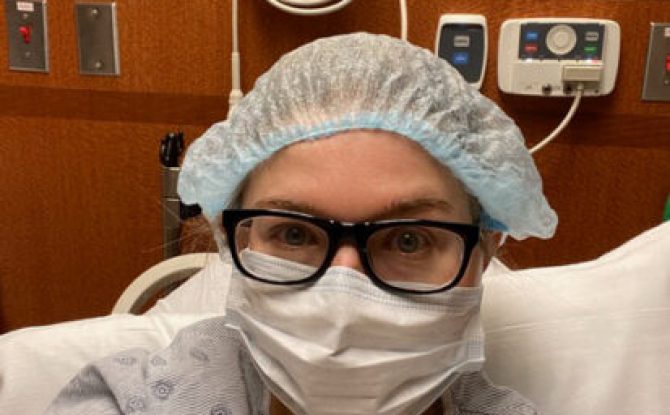 The Terrifying Rise of Toxic Positivity

You’ve seen toxic positivity: it’s the over-the-top optimism filled with an almost obsessively upbeat attitude. It’s “good vibes only!” and “always look on the bright side!” It’s the denial of struggle.

The trend of rah-rah “you can do it” positivity has been growing for several years, even before the COVID-19 pandemic. But in the past year-and-a-half, I’ve noticed toxic positivity creep into our lives in scary ways. It starts small:

“Things are a struggle right now, but I know a lot of people are struggling even more, so I don’t want to say anything.”

“It could be worse. At least I don’t have COVID.”

“I feel depressed. But what do I have to be depressed about?”

When we diminish our own struggles in comparison to other people, we’re giving toxic positivity a toehold. We start to think that unless our entire world is crumbling, we should be happy. And even worse – we let other people guilt us into a forced sense of optimism.

“Look on the bright side: at least you still have a job, some people lost everything.”

“Aw, cheer up. Life doesn’t give you more than you can handle.”

When I was diagnosed with cancer for the first time at age 26, people kept telling me “you’re so strong.” What was I supposed to say to that? I didn’t feel strong. I felt angry and scared and jealous of other people who had their health. What they were calling “strength” was really just me knowing I had to keep putting one foot in front of the other to survive. I didn’t have a choice.

Platitudes are nothing but guilt-trips wrapped in positivity paper.

And they would say “you’ve got this!” I know they were trying to help. I know they didn’t know what else to say. But now I know that forcing positivity on someone who is struggling can do more harm than good, because it’s isolating.

All these platitudes are nothing but guilt-trips wrapped in positivity paper. And the platitudes have been increasing since the pandemic. People are all over social media trying to find the benefits of the pandemic, like time to learn a new hobby, or more hours spent at home with family. Finding the bright side of this terrifying past year-and-a-half has become a badge of honor for the privileged.

It’s not *wrong* to find benefits in struggle. If that’s how you really feel, great! But when large numbers of people start to publicize and promote “finding the good” in something, what happens if you don’t agree? What happens if you feel crummy?

Forcing positivity on someone who is struggling can do more harm than good.

And that’s when toxic positivity gets you. You don’t feel positive, but you fake it. You force it, because otherwise you worry people will judge you for being negative.

Having a positive attitude is an asset. It’s a good idea to build habits into your life that help you reflect, reframe, and feel gratitude. But having a positive attitude doesn’t mean you’re happy all the time. It means you can be sad when you should be sad, or disappointed when you should be disappointed, but that you’re able to balance those feelings with feelings of happiness when something happens that should make you happy. Being a real person means allowing both sides of your feelings to flourish.

True positivity isn’t forced. It’s not guilt-tripped or coerced. You can’t be shamed into it. You can only build it.

In 2022, maybe our culture can stop rejecting feelings of negativity as shameful. Feeling bad doesn’t make you a bad person, especially in times like these. Let’s reject toxic positivity and start appreciating the messy, up-and-down nature of true positivity. It’s not as meme-able, but at least it’s real.

Are Naps Good for You?

Do you know the truth about naps and success?

I’ve always been a big fan of naps (I got it from my Dad), but I recently read something VERY interesting about naps and our brains.

If you love naps or you hate naps, this is probably something you should know!

Because of something called the “default network” in your brain, your creative problem-solving is at it’s peak right as you drift off to sleep. Plus, if you’re tired, your brain shifts into threat mode, and the resulting linear thinking isn’t very good for being creative.

So feel free to take a nap – research shows it’s good for you! 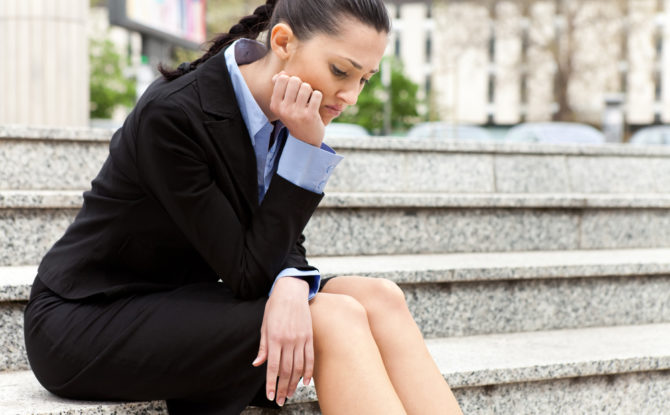 5 Ways To Stay Calm When Getting Terrible News

Some words cause your body to go numb. Your ears buzz. You start to float above yourself. In those moments, you’re experiencing so much stress, and your body is being flooded with so much adrenaline, it can be difficult to think straight.

As difficult as it may be, thinking straight is the #1 thing you can do to help yourself when you’re getting terrible news. It’s crucial, in those moments, to keep your wits about you, gather information, and maintain self-control.

So how do you stay calm when you’re in the middle of receiving terrible news?

Take a sip of water.

Stay present in the moment.

It’s human nature, when getting bad news, for your thoughts to start spinning out of control. You can’t help but think about the future, and how this news will shape your life for months or years to come. Instead, keep your thoughts in the moment at hand. When you keep you mind focused, you’ll be better able to process what’s actually happening than if you allow your mind to wander to all the worst case scenarios. As this Forbes article remarks, it’s definitely best to avoid heading down the spiral of “what if…?” When you stay in the moment, you’ll be a better participant in the conversation, and you’ll remember the important information more accurately. Which dovetails perfectly with the next step…

When I found out I had cancer, there were so many questions I wished I had asked the doctor when I was right there in front of him. Because I was so flustered at the news, I sat there in shock instead of asking smart questions. I had to email my concerns to the nurse and wait several days for a response. If you get bad news, don’t hesitate to ask as many questions as you need, rather than assuming the worst. It also helps to take notes. Many times our adrenaline keeps us from recording good memories of these tough conversations, so taking notes will help you not only focus in the moment, but also give you something to jog your memory later.

Remind yourself all the ways it could be worse.

We’ve been taught to believe we should think positive when we get bad news. But last week I had the honor of hearing Sheryl Sandberg, the author and Facebook executive, participate in a Q&A, and she had a different perspective. She recalled that a friend told her, after her husband Dave died, that “it could have been worse. Dave could have been driving the children when his heart gave out.” She realized that she could have lost her entire family in a single moment. By remembering that things could, in fact, be worse, we put our struggles in perspective.

Getting bad news makes us feel powerless. We can’t control the situation, but that doesn’t mean we can’t do anything. Figure out the first action you can take to regain control, no matter how small. Through a psychological construct called “self efficacy,” taking even the smallest action helps you feel more competent and powerful. If you’ve been diagnosed with an illness, your fist step could be finding a specialist. If you’re faced with divorced, your first step could be protecting your financial information. If you’ve been let go from your job, it could be brushing up your resume. By doing what you can do, even if it doesn’t feel like much, you’re building your self efficacy for the moments ahead.

Getting bad news can feel like life as you know it is over. But if you keep calm, stay present, gather information, and put the situation in perspective, you’ll be able to move forward as quickly as possible.