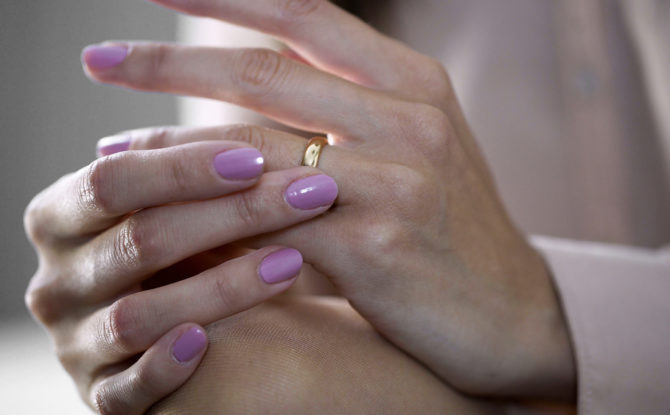 “I Want a Divorce.” Here’s What He Said That Made Me Realize It Was Over

It turned out to be our last session with the marriage counselor.

He said, “There are lots of things I love about Courtney. She’s smart, she’s pretty, she’s kind. I like that she has goals for her career. I find her interesting.”

My husband looked at her and said, “Yes. I know. And I love her in spite of that.”

In spite of that.

He loved me in spite of who I was, deep down.

That was the moment I knew what to do. And even then, it that painful moment, I knew he wasn’t a villain in this story. This was the guy who admitted to downing a soda in his car on the way home, in order to have a few minutes of energy to try to talk to me after a long day of work. We were both trying, but we were still miles away from middle ground.

Since that day, I’ve heard a lot of people say “never change who you are for someone else.” It makes me wonder. I’m now in a fulfilling, equally-matched marriage of many years. But between that day in the therapist’s office with my ex, and my happy life now, I’ve learned a lot about change.

Instead, I’ve come to realize there’s a fine line between not changing your BEING, but being willing to change your habits and behaviors.

I encourage couples in conflict to try to identify whether or not they have a clash of habits and behaviors, or a clash of personalities. If you have truly incompatible character traits, you may not be able to have a marriage that feels healthy and fulfilling. But habits and behaviors can (and often should!) be changed for people to be compatible partners. You just have to know the difference.

Compromise in an a relationship is necessary. For a healthy marriage, be willing and happy to compromise about habits and behaviors. But know that you shouldn’t, and probably can’t, compromise who you are deep down.