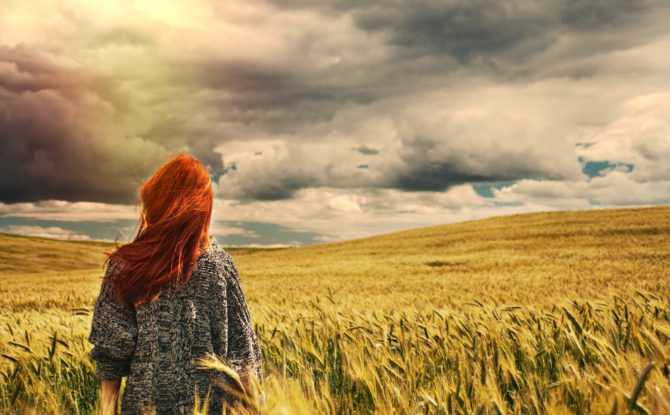 Today is the 20th anniversary of the first day I realized I wasn’t invincible.

Do you remember the first moment you felt… fragile? Human? Breakable? For me, that moment was 20 years ago today. Well, really 20 years ago in the wee small hours of tomorrow morning.

On that day, 20 years ago, a precious friend of mine was murdered.

We were freshmen in college. She had chosen a small liberal arts college in Illinois, while I went to a big university in New York City. That summer after we graduated from high school, before we went off to college, our moms went to lunch together. At lunch, her mom said to my mom, “I just don’t know how you can send Courtney to New York. I would be so nervous. I’m so glad Andrea chose a small school in a small town.”

My friend Andrea was everyone’s friend. It’s easy, when you lose someone in a tragic way, to remember them through a lens that makes everything they did seem angelic. But Andrea really was an incredible person, even in life. For one birthday, she refused all presents and instead spent her birthday money adopting the Golden Lion Tamarind monkeys at the Brookfield Zoo. Instead of a party, her parents took her, me, and another friend to the zoo to visit “her” monkeys. She seemed to love every person and every animal she ever met, and the feeling was mutual. I never heard her gossip, which is no mean feat for a teenaged girl. And I’ll always remember her in her grey Winnie the Pooh sweatshirt, as she climbed into the car to go to school every morning. Any other teenager might have been teased for wearing shirts covered in cartoon characters, but if she was, Andrea didn’t care. She had a spirit that was so young and yet so old, at the same time.

I still fight against that feeling that the world is supposed to make sense. It’s supposed to be controllable. It’s supposed to be fair. We hate feeling weak and powerless and human. We try lots of fancy tricks to keep ourselves from feeling out of control, like climbing to the top of the corporate ladder, or distracting ourselves with too much food or too-expensive toys. But I’ve discovered that when I pause for a moment, those tricks don’t work. The only thing that works for me is to embrace reality. I am vulnerable. I am breakable. I won’t last forever.

When I remember that, like Andrea, I’m only going to have a set amount of time, it’s tempting to freak out. But just a minute past the freak out, I feel focused. I know what that most important things I could be accomplishing in my limited time are, and I have the ability to go and do them. Realizing you are breakable gives you tremendous focus.

As you go about your busy life, don’t be afraid to be breakable. It may be just the gift you need, in order to be unstoppable.

With love to Andrea, her family, friends, and all who miss her.