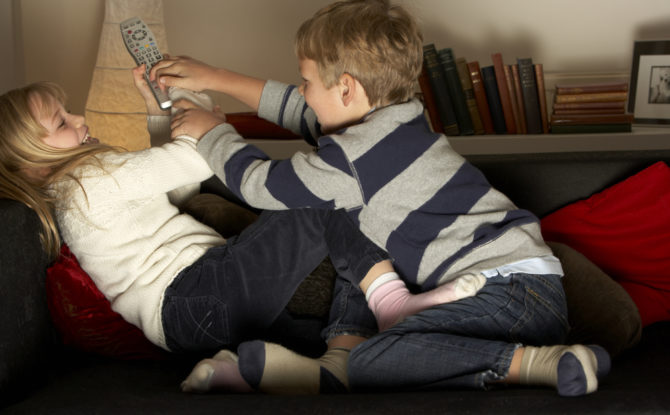 How to Handle Your Kid’s Post-Christmas Meltdown

For many parents, the thought of seeing your kids’ faces light up on Christmas morning has been keeping you going for the past several busy weeks. But now Christmas is over, the gifts are unwrapped, and for many families, the trouble is just beginning.

If your family is starting a post-holiday meltdown, and you’re counting down the days until school is back, don’t worry! Here are some ways to combat the most common after-Christmas behaviors in kids.

For younger children, the threat of Santa watching can encourage good behavior for several weeks leading up to the big day. But once that red-suited incentive is removed, there’s QUITE a lot of pressure built up in your little ones, just waiting to explode! Instead of being frustrated at what feels like an about-face in their behaviors now that Santa isn’t watching, give them physical outlets to get their sillies out now that the day has passed (yes, even if it’s cold outside!). It’s practically a biological certainty that there’s going to be a rebound effect after prolonged effort to be good, so don’t get caught off guard, and be prepared to intervene with lots of active games to channel the wildness.

On the opposite end of the spectrum, some kids get ridiculously lazy after Christmas has passed. This can happen for one of two reasons: First, many humans (of all ages) experience a health dip after big events. Don’t you remember those days when you managed to power through college finals but then get the flu break? Our bodies sometimes just give out on us once it’s “safe.” The second thing that could be happening is a bit of situational depression, where your child may be experiencing a “let-down” now that Christmas is over. If your kid is channeling a sloth, it’s best not to take it too personally. Chores have to get done and showers must be taken, but what’s wrong with a little rest time (other than how jealous it makes you!) Just keep an eye to make sure that seasonal or situational depression doesn’t linger any longer than that.

Cookies aren’t the only thing left over after Christmas. You may find that the holidays have left behind a seriously smart mouth on one or more of your kiddos. Older children may not have been behaving nicely because of the threat of Santa, but they likely DID feel the pressure to get along and be sweet, because “that’s what Christmas is all about.” Kids see and internalize that societal pressure for family harmony at the holidays. Once Christmas is over, then, there can be a rebound effect. You don’t have to accept rude treatment ANY time of the year, so ignore the proximity to the holidays and just address the behaviors the way you would any other time of year, without adding in any extra “but it’s Christmastime” guilt. Kids who internalize that everyone has to get along at Christmas just because can grow up into adults who make themselves crazy at the holidays trying to make everything perfect.

Christmas can be an amazing time to look at the world through the eyes of a child. But December 26th can be meltdown city, so be prepared in advance with strategies to head off these common post-Christmas behaviors.